Our Take on Google’s Year in Search 2022

It’s that time of year again, and for SEO’s December means two things:

Hopefully by now your Christmas cards have been sent, presents have been wrapped and you’re nearly at the end of your advent calendar. So, now you can sit back, relax and peruse the topics and questions that tickled the minds of the nation and the rest of the world in 2022.

What were we searching for? What were the topics on everyone’s minds? How did we go about searching this year? Read on for our insight here at QueryClick…

Google’s Year in Search is a way to look back at the news, people and trends that collectively grabbed our attention and sparked our curiosity over the past 12 months.

For the first year ever, Google has also launched a local hub for Year in Search, where you can see what people in a specific location have searched for over the year, based on ZIP code or City. This exciting new feature is currently only available for American cities, however it would be interesting to see if this is rolled out across other continents next year.

Globally we sought to educate ourselves on an eclectic range of topics from pop culture to world issues, court cases that dominated headlines to the passing of a beloved national monarch.

Google’s Year in Search film ad also shone a light on the overarching global purpose for the year, asking the question: “Can I change?”.

After two years of uncertainty and confusion about our future, the annual summary of our search habits from across the globe show a clear theme: people are ready for change, and they want to know how to go about achieving it.

Global search interest ranged from ways to improve our relationships, ourselves and how to change jobs. Searches for “How to be better” and “How to change myself” peaked at an all-time high this year, further proof that as a society we are looking at ways to improve – starting with ourselves.

Globally the topmost searched term was ‘Wordle’ – the highly addictive New York Times game that had us all glued to our phones with the aim to guess a five-letter word in only 6 attempts.

The game offers colour coded clues as to whether you are on the right track, and the colourful grid has become synonymous with the game as players are able to share across social media.

The popularity of this game sparked several similar games to pop up:

The search volume for India vs England peaked significantly at two key moments during 2022.

The first during the month of July where searches for ‘England Vs India ODI 2022’ were high due to the matches on the 12th, 14th and 17th of the month.

The matches were played in the United Kingdom at The Oval, Lord’s and Old Trafford. Search peaked again during the semi-final of the T20 World Cup where England defeated India by 10 wickets in Adelaide.

The opening duo Alex Hales and Jos Buttler put on a fantastic show of 170 to help England defeat India by 10 wickets in the second semi-final of the match on the 10th November 2022.

After 8 years of conflict in Eastern Europe, Russian president Vladimir Putin announced a “special military operation” in Ukraine on the on the morning of 24 February 2022.

The full-scale military attacks have caused civilian deaths and injuries and damage to civilian buildings including homes, hospitals and schools. Across Europe, the ongoing refugee crisis began in late February 2022 with nearly 7.9 million refugees fleeing Ukraine.

Many families across Europe have opened their homes to refugees with charities such as Refugees at Home and Room For Refugees offering support; showing hopefully a small glimmer of hope for society during such a devastating time.

On September 8th at 3:10pm 2022 the United Kingdom, and the world was shocked and saddened to hear of the passing on Queen Elizabeth the second.

Searches for Queen Elizabeth skyrocketed throughout the day as across the world we looked on in quiet contemplation as family members were driven to Balmoral Castle in Scotland.

In the United Kingdom, the top question search for 2022 was “Is the Queen dead?”.

Although rather morbid, speculation had swept the nation throughout the day and the Queen’s death was officially announced to the public at 6:30pm.

Her eldest son Charles III succeeded her to the throne, and the longest-reigning British monarch was laid to rest on the 19th September at St George’s Chapel at Windsor Castle after a state funeral at Westminster Abbey.

Another big search result for the T20 World Cup 2022, with number five on our list centring around cricket again.

It’s clear to see how important cricket is to the people of India and Pakistan, who made up the majority of the search volume.

It’s also interesting to note how closely the Cricket World Cup and the FIFA World Cup were in regard to time proximity, but not in search volume. In the United Kingdom however, the World Cup was the second highest search term. Thanks to the time frame of that search term, between October and December, we can see which one this was referring to.

The top searches for news also closely mirrored that of general search terms, with Ukraine and Queen Elizabeth featuring at the top spots. After two years of uncertainty due to the COVID-19 Pandemic, people were quick to educate themselves over another, lesser-known illness – Monkeypox which came in at number five in the global news search on Google.

The top People searches were also indicative of an inquisitive global community, with conflict at the heart of each spike in search volume.

The defamation trial between Johnny Depp and Amber Heard held in Fairfax County, Virginia, from April 11 to June 1, 2022, landed the two at spots 1 and 3 respectively.

Spots number 2 and 5 on the topmost searched people list were filled by Will Smith and Chris Rock, all thanks to “Slapgate”.

If you aren’t familiar with the incident, let us take you back to March 27th 2022, at the 94th Academy Awards. During Comedian Chris Rock’s presentation for Best Documentary Feature, Rock made an insulting joke about Actor Will Smith’s wife Jada, which led to the Actor walking onstage and slapping the comedian.

Finally, just pipping Chris Rock to the post in position 4, was Russian President Vladimir Putin due to his ongoing attack against the Ukrainian people. With everything going on in Ukraine right now, it puts the rest of controversy into perspective.

As always, Google’s Year in Search highlights the complexity of what it is to be human on the internet, and shows us that no matter who we are, we all share common interests and have a thirst for knowledge.

If you want to get in touch with us to discuss the best way to use search trends data in your marketing, then get in touch online here to find out more about our SEO service offering, or book a review today.

How can you use search trends data in your marketing?

Find out more about our SEO service offering, or book a review today. 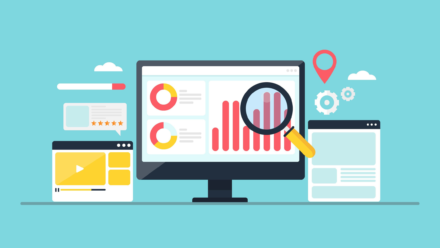 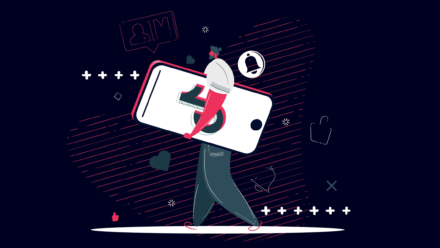