The combination of issues around the illegality of Google Analytics and the rise of GA4 are hot topics with everyone in the industry right now – and it’s something that we have been following closely and contributing to the debate on in recent weeks (if you have missed any of our webinars on the topic to date you can catch up here.

In our most recent webinar (which is available to view in full here) our CEO, Chris Liversidge and our Head of Paid Media, Malcolm Gibb took a look under the hood of GA4 to find out what potential benefits and challenges surround the latest in a line of Google Analytics offerings. And specifically what GA4 means for retargeting activity.

By way of a quick “scene-setter” Chris quickly summarised some of the key points that acted as background to our webinar as follows:

So that is us all caught up and if you are interested in more of the detail on this you can find it in our blog here. Or watch the webinar replay below.

GA4 is the latest version of Google Analytics – and is the new name for the beta reporting platform previously known as App and Web.

It is built on an event-stream architecture – which is the same as QueryClick’s own analytics solution – and it will become the default for new Google Analytics accounts with the older Universal Analytics version of GA being deprecated over time.

What does GA4 mean for you – and for retargeting in particular?

The reality is that GA4 is quite different in terms of its architecture. So here is a summary of key things to look out for as you explore it:

First up, and this is important for your planning right now, is that there is no data portability being offered by Google for users of Google Analytics’ existing products. Effectively Google has acknowledged that it cannot unify data in the transition as show in our diagram below.

So, if you are using Google Universal – the commonly deployed version of Google Analytics – you are not going to be able to port any of that data into GA4. And Google is going to sunset Universal on 1st July in 2023. So, whether you plan to stay with Google Analytics or explore alternatives you need a plan in place for this. Fairly promptly.

For example, if in your reporting you’re looking to do a year-on-year comparison, you really need to be getting up and running with an alternative to Google Universal today. Which is why the issue is currently top of most people’s agenda for discussion.

Fundamental differences to remarketing in GA4

Remarketing is an integral part of the marketing mix for many brands. In fact, on our webinar poll results indicated that 50% of marketers identified it as either high or critical when asked the question ‘how influential is retargeting to your conversions?’.

However, when it comes to remarketing activity, there are significant differences in GA4.

So, as an absolute priority we would implore you to set up a GA4 profile and enable ads personalisation when you link your GA4 and Google Ads accounts together. To ensure that you activate remarketing for GA4.

Gone are what we used to call user segments. Instead, audiences are created based on events or aggregate data coming from those Google Signals. And that is then ported out to Google Ads for audience-based remarketing.

And while Google Signals uses aggregated data to ensure that there’s no identifying personal data available in collecting that, there’s still a lot of privacy considerations to be aware of.

So, when you turn this on, you’re essentially entering into an agreement with Google that you have the consent to retarget those users. Which means it is imperative that you can review the consent models that you’re currently using on your site and how you are collecting that data.

Leaving aside GA4 – is retargeting really working for you?

As you can see above there are some fundamental shifts in the way that GA4 works relative to previous versions of Google Analytics.

But, taking a step back from analytics at the moment, it is important to assess whether you are actually getting what you need out of remarketing. I

n our experience, remarketing is something that quite often props up performance. And that’s really down to the fact that users are quite far along their conversion path typically by the point that they touch a website. So, it is very important from a performance point of view to make a decision on what solution you’re going to use going forwards.

As part of that decision, I think it is also valid to consider what you are being offered when you are considering retargeting and prospecting options.

There’s a fascinating public study from 2019 by Norman Tucker and Whitfield and the results are summarised below.

What that study looked at across billions of dollars of media spend was the incrementality, or otherwise, of third-party data for retargeting.

And the summary finding from that study in 2019 was – to get any incrementality at all for a normal display ad (so an image-based display ad) – you need to be spending two and a half times the cost of the ad itself. And for video, you need to be spending over one and a half times the cost. And that really is telling us that it’s only premium inventory that is driving incrementality when it comes to using third party targeting data of any kind.

Now this suggests that, although there may be options available like using Signals, it’s also worthwhile looking at how you can avoid incurring costs. And avoid wasting spend by not gaining incrementality – and by not thinking deeply enough about where and how you’re using retargeting solutions.

The other sort of infrastructure point that is worth highlighting is about using Google Signals and its reliance on logged in Google Accounts. Logged in Google accounts are being used as part of a replacement for third party cookies.

However, third party cookies are gone from 40% of the user agent marketplace today. They’ll be going from Chrome at the end of this year.

Google did propose its alternative recently, which is Topics. So, you can see below, some of the data and information that Google have shared to date on this.

They’re going to use 350 different topics for their cookie replacement – which is a very low number of topics.

To give the example here of a specialist coffee company. The closest topic that you would be able to associate your bid against in Chrome is not single origin, coffee or speciality coffee. It’s not even coffee. It’s food and drink. Not a close match we think you will agree.

It is possible that topics will be broadened out more but, as it stands, we can only really expect our cost per clicks to increase with this change. So, the role of retargeting and prospecting is really under scrutiny at the moment. And we need to be diligent in terms of looking at how we can improve on performance there.

Are there alternatives to GA4 out there?

With issues around illegality at Google and lack of incrementality in third party advertising it is a question that has consistently come up on our webinars recently. And the good news is that there are other solutions outside of Google Analytics, and GA4, in particular.

One of the problems of using cookies or deterministic solutions – like GA4 and Signals – is that they deliver analytics data that ultimately is only about 20% accurate when you’re looking at a complete customer visit.

So that means 80% of the data that’s being used by these more sophisticated systems offered in GA4 is actually incorrect.

Our own Corvidae solution more than turns that equation on its head, by pioneering the use of AI to stitch together customer journeys, which means that 95% of your data is accurate and available for attribution. 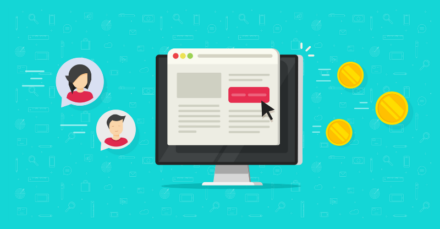 An Introduction to CRO

How do we drive our users to perform the most desired action online? With CRO, we dive into the personas that interact with your site and mesh that with site... 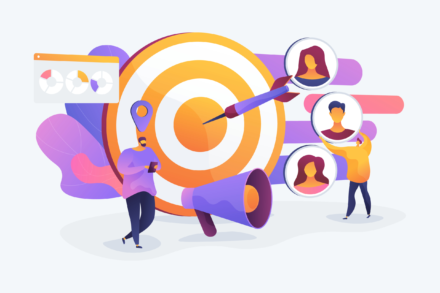 What is Google’s Topics API – and is it Really a Replacement for Cookies?

When Google announced back in early 2020 that they intended to phase out support for third-party cookies it was clear that the advertising industry was in line for some fairly... 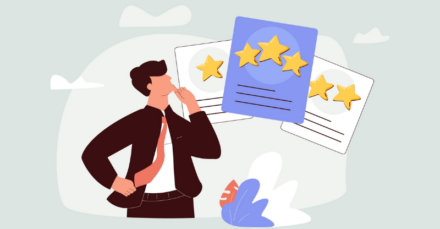 Marketing attribution, and the different attribution tools and models, is a topic we’ve talked about a lot on this blog over the years. And one thing we know is that...